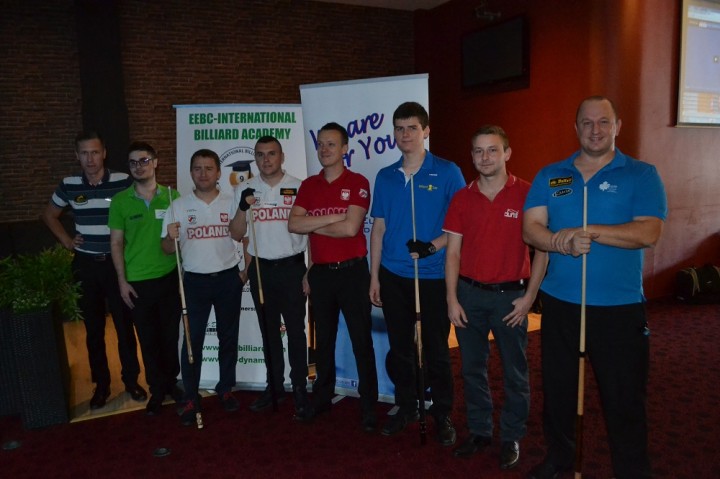 from Bratislava won the Dynamic Best of the East - Slovakia 9-Ball. The tournament took place in Lavos Club.

67 participants from 7 countries took part in the event.Petr Urban

The final of the event was a very dramatic. When the score was 6:6 Urban had two balls to the end. He pocketed ball number 8 and was trying to find the best position on ball 9. His shot was not perfect. White ball took of two cushions and scratched to a middle pocket.

Andrew Wilson Australia took part in the Best of the East for the first time. He said: "I have played many events in Asia. Now, I'm happy of my participating in Slovakia. Conditions of the game in Europe are much better than in Indonesia. Different is also style of the game. I'm glad I met new people".

Tournament in Bratislava was a very important for national billiard federation. President Samuel Koniar was content, that Federation supported start of 40 Slovakian players. Some part of them have never played in an international competition. Many thanks to all sponsors, Lavos Club and referees team: Alexandru Balas Romania and Miska Struharova Slovakia. National Slovakian TV presented all the news about the event.