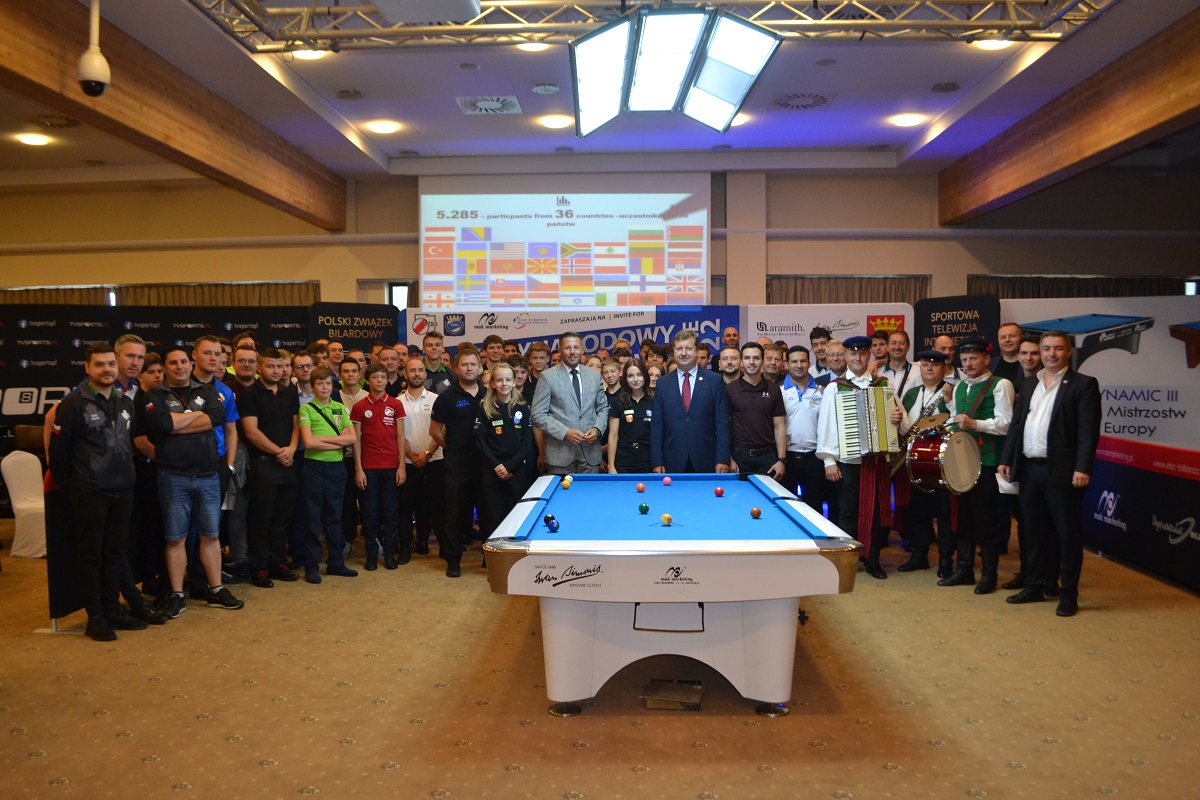 Mr Marcin Chłodnicki , vice mayor of the Kielce City and Marcin Krzeminski - EEBC president opened the 100th Dynamic Billard Best of the East event. Players played matches in 28 groups. Two the best from each group qualified to single elimination. Total 108 athletes from 9 countries fought of the trophy and money. 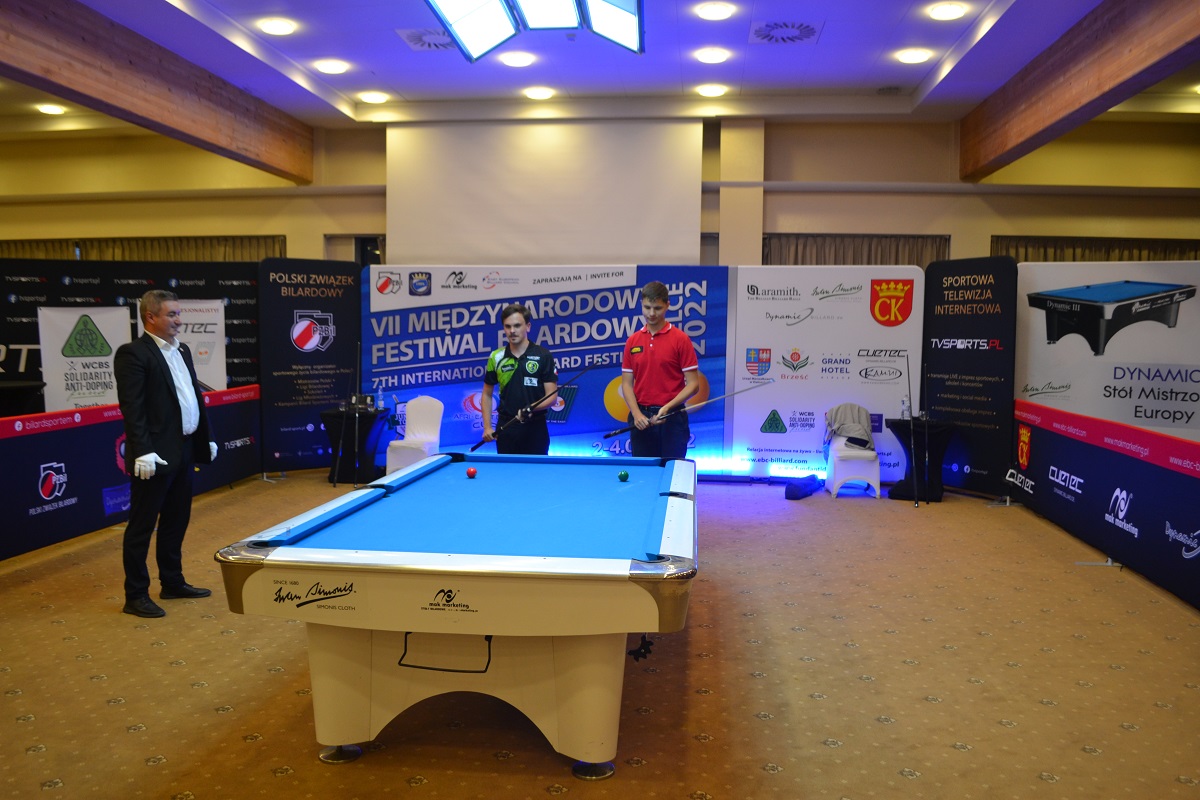 The best foreign player was David Żalman (CZE), who finished in 9th place.

"I wanted to play well. I didn't have any special plans before starting in Kielce" said Wiktor. The winner received 1,000 euros and the Cuetec carbon cue worth approximately 700 euros. 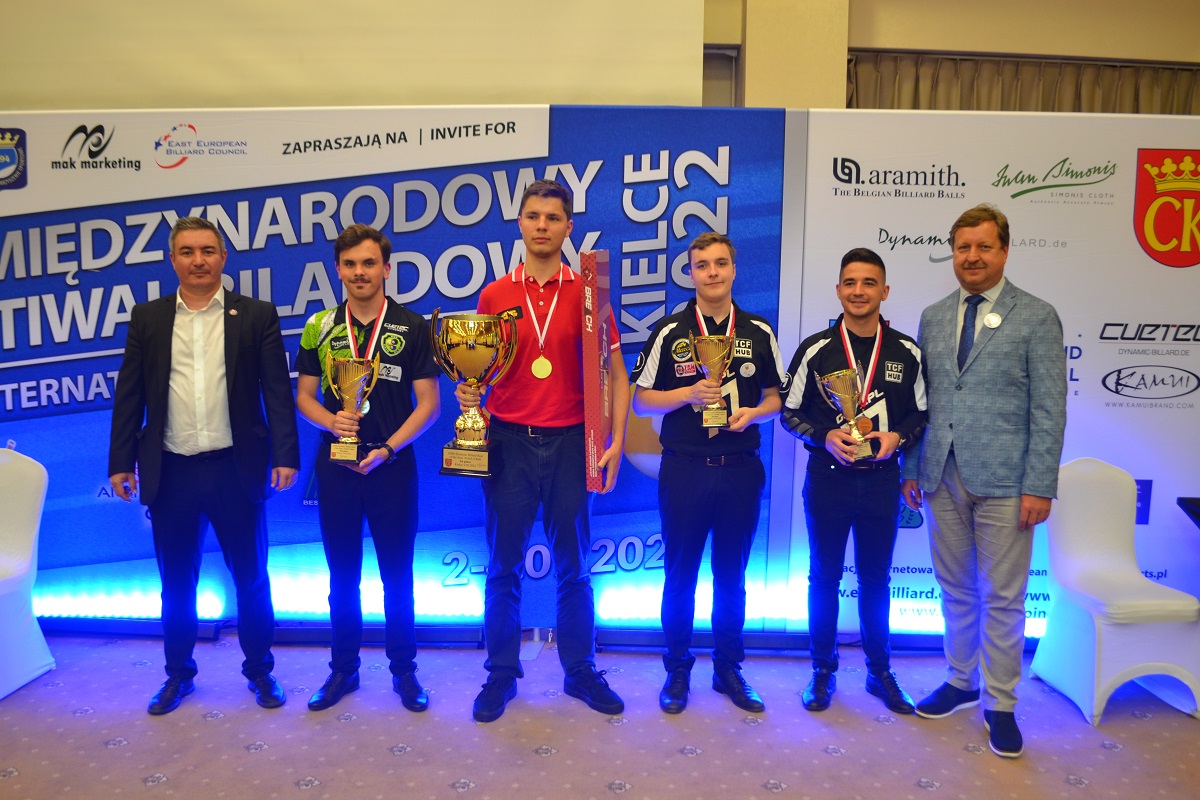 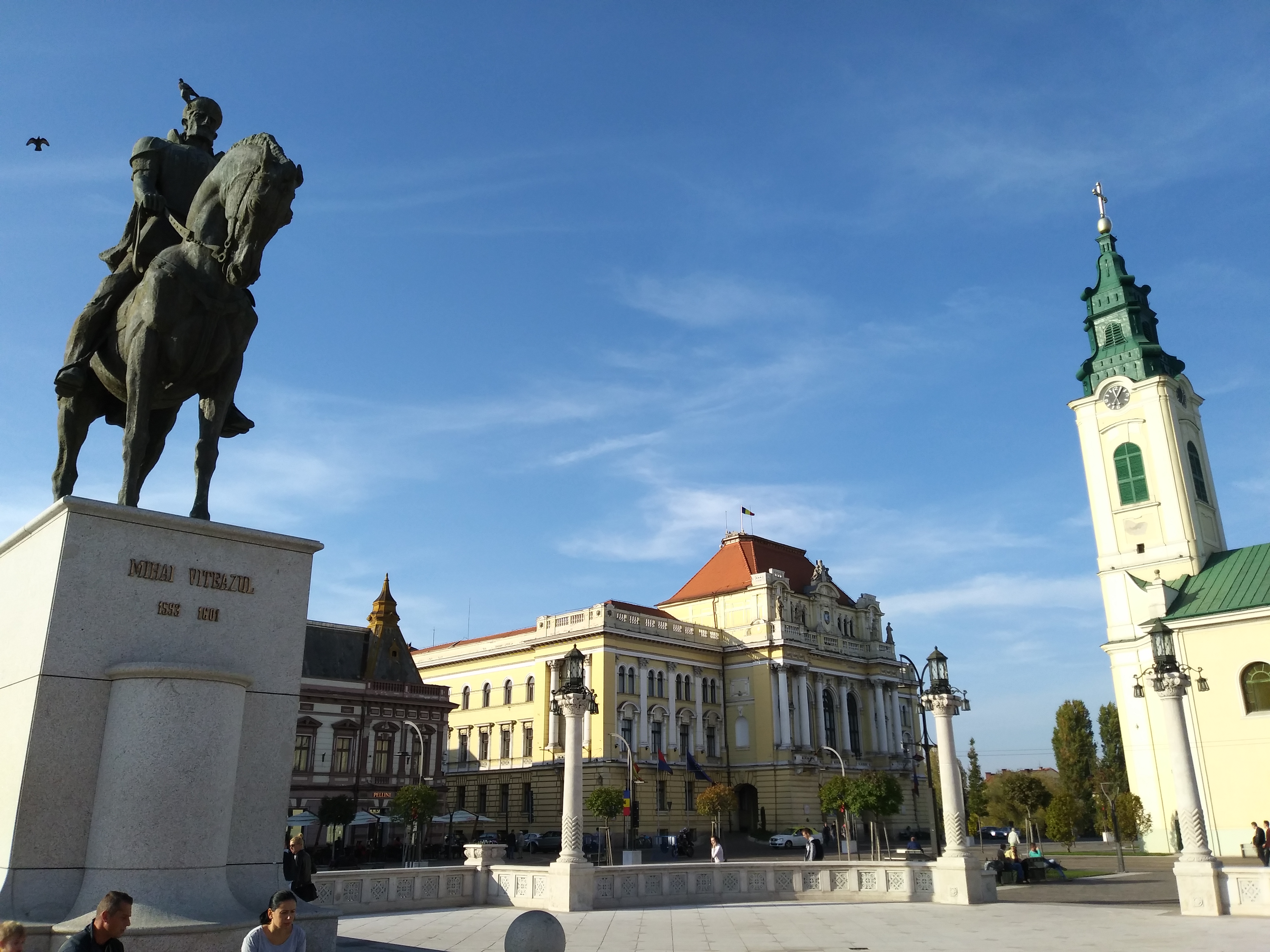 The last 2018  Dynamic Billiard Best of the East event will be held in Oradea in Romania in days 19-21 October 2018.  Host of the event ATD Company would like to offer EEBC TEAM AND JUNIOR CHALLENGE on Friday, Dynamic Best on Saturday -Sunday and Second Chance ATD CUP -10-Ball on Sunday. Date of the event: 19-21.10.2018.

Dynamic Best of the East in Bratislava.

The Slovak Billiard Federation is celebrating 25 years Anniversary during the Dynamic Best of the East event.  We have 60 athletes on the  participation list. To Labos club are going players from: Poland, Czech Republic, Hungary, Serbia, Croatia, Romania and Bulgaria. Live scoring will be open on our website. 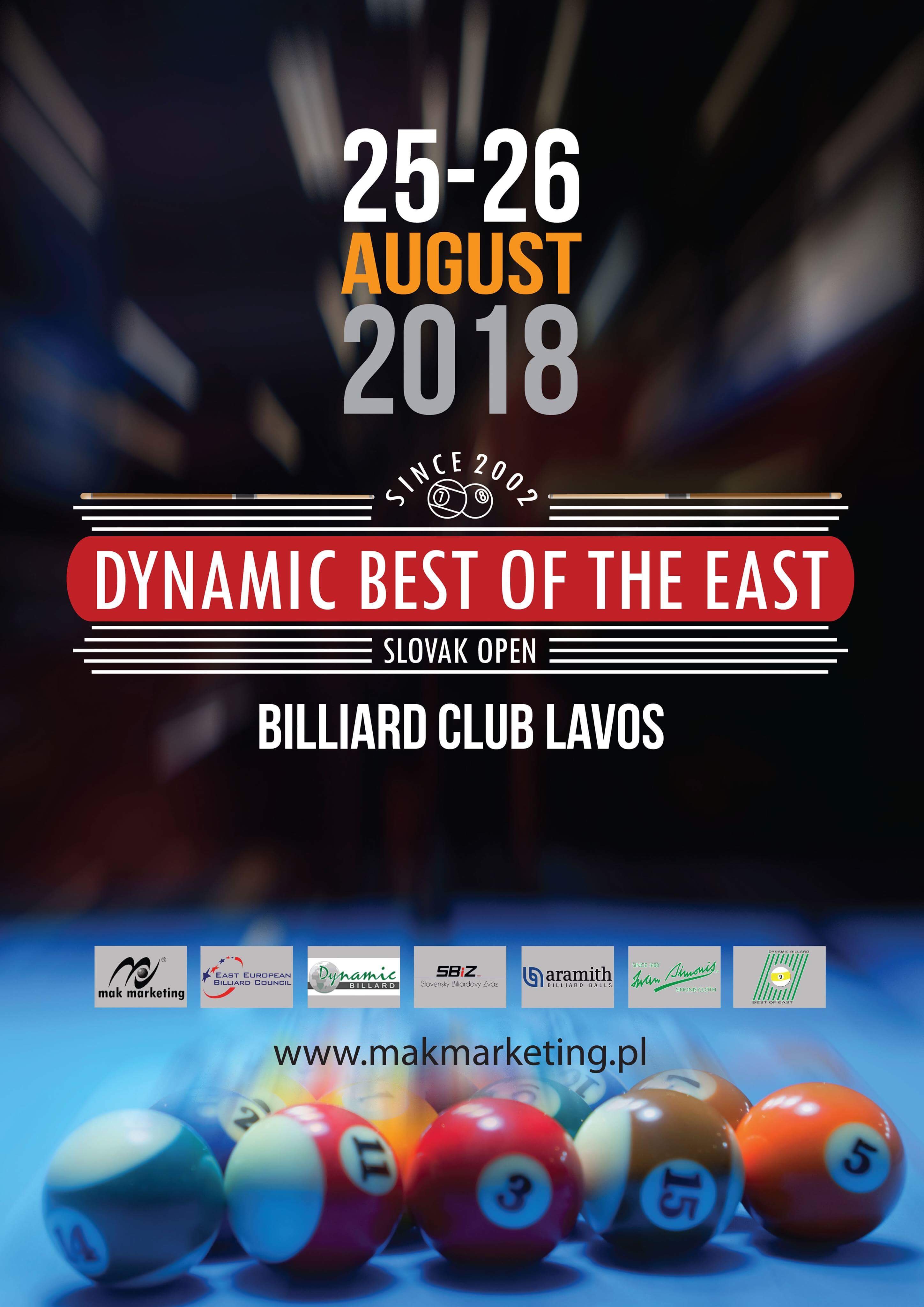 from Bratislava won the Dynamic Best of the East - Slovakia 9-Ball. The tournament took place in Lavos Club.

67 participants from 7 countries took part in the event.Petr Urban

won the second event of series 2017 Dynamic Best of the East. Tot was better as a bronze medalist of last EC Konrad Juszczyszyn

. 70 players from: Poland, Hungary, Romania, Bulgaria, Serbia, Czechia, Slovakia and Italy took part in the competition.  Thank you for a good hospitality for Luca Gabor and Tajfun Club.

won the first tournament of the series Dynamic Best of the East 2017. 83 players took part in the Bulgaria 9-ball in Sofia. Mariusz Skoneczny

was a runner-up. Bronze medals received Ioan ladanyi from Romania and Oliver Szolnoki from

. next event will held in Budapest in April.