The most of Kremlin Open spectators were interested in a pyramid tournament in which over 230 people took part.

Vote for player of the year! 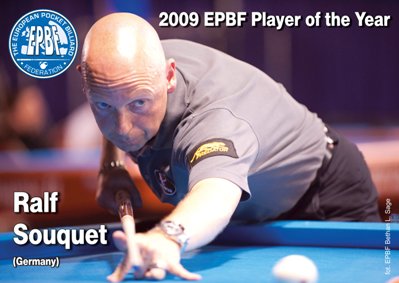 EPBF Player of the Year

From 4th January till 4th February 2012
you can vote on your favourite player from Europe.

It is now the scond time, second year when EPBF organizes the contest for the best Player of the Year.

And who is your favourite player?
Vote now on: www.epbfplayeroftheyear.com

Polish Billiard Association and Mak Marketing Company for the sixth time have organized a reception for over a hundred guests including the best sportsman, representatives of clubs, sponsors of Polish billiard sport and of course journalists.

World Pool Billiard Association has announced, that the World Championships 8-ball will be played in UAE in days 12 - 17 February 2012.